This tutorial should work on any distro based on Debian, but I have only tested it on Ubuntu 12.04.2.

You will need to run the commands as root or via sudo, which is the prefered method for Ubuntu.

You would normally use Samba when you are serving files to Windows-based computers. For Linux or OSX machines, there are better/easier ways to share files like Network File System (NFS).

This tutorial will be setting up classic Samba shares in a standalone role. This tutorial is using Samba 3 as that is the version I have installed on my server.

You will need to run this command in a terminal to ensure you have an updated list of available packages as well as install the samba packages (You can copy/paste the command if you wish):

You may be prompted to configure Samba, where it will prompt for the workgroup name, do so and hit enter.

Once the installation is complete, you should be able to see your new samba server on the network, providing you have something set up to provide name resolution. I use DNSMasq for local name resolution, and it works very well on a small network.

In order to access the shares on your new samba server, you must create samba users and set samba passwords for each of them.

Note: You need to have a local user in order to add a local samba user using the following method.

You can create a local user by using the adduser command like so:

In order to create a local samba user, you need to run the following command: Replace username with the username of the account you want to set a password for.

Now that you have a user that can access the samba server, you can configure your shares. In order to do this you must add your share definitions to /etc/samba/smb.conf — you can do this with nano, or whatever text editor you prefer, or even use something like Webmin or Zentyal. Those are just a couple of the GUI tools around, you can find a list of some more of them at samba.org.

You can find a full list of parameters at samba.org.

Whenever you make a change to smb.conf, be sure to run testparm to ensure that there are no syntax errors in your smb.conf file.

If you make a change to smb.conf, you will also have to restart the services that Samba uses (smbd and nmbd) for the changes to take effect.

Once you have your share definitions set up, you will be good to go. 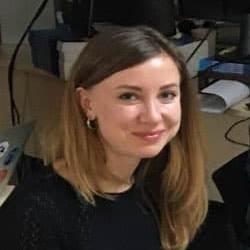